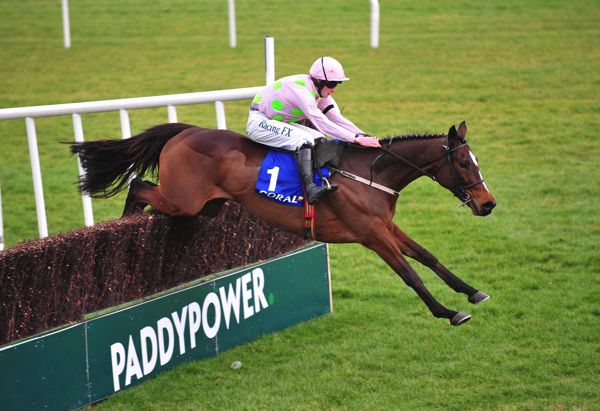 Min is set to face eight rivals when he bids for back-to-back victories in the John Durkan Memorial Punchestown Chase.

The eight-year-old provided Willie Mullins with a fourth victory in the last six runnings of the two-and-a-half-mile Grade One 12 months ago, and is a short-priced favourite to successfully defend his crown in the hands of Paul Townend on Sunday.

With stable jockey Paul Townend siding with Min, Robbie Power has been booked to partner Duc Des Genievres for the first time — and the leading rider is relishing the opportunity.

“I have never sat on Duc Des Genievres, but I’m delighted to have picked up the ride for Willie Mullins — Punchestown has been lucky for us,” said Power.

“Willie often runs a lot of horses in these good Grade One races and I’ve been lucky enough to win Grade Ones at Punchestown on Saldier and Chacun Pour Soi, so it would be nice if Duc Des Genievres could be another one.

“Sizing John won this race in 2017 when stepping up in trip from two miles and this will be the first time Duc Des Genievres will be running over two and a half miles since he won his beginners’ chase last season.

“I think returning to this trip will play to his strengths as I don’t see stamina being an issue.”

The biggest threat to the Closutton contingent appears to be the Pat Kelly-trained Presenting Percy, who makes his first appearance since finishing eighth when favourite for the Cheltenham Gold Cup in March.

Presenting Percy’s regular rider Davy Russell said: “I’m delighted Presenting Percy is back on Sunday and I’m looking forward to getting started back on him.

“I haven’t sat on him yet (this season), but the John Durkan is a nice starting point for him. He is probably really a three-miler and the Durkan is two and a half miles, but he has been a great horse for me and I just can’t wait to get back on him on Sunday and get his season started.”

Four runners have been declared for an intriguing renewal of the Kerry Group Hilly Way Chase at Cork.

Mullins has dominated the Grade Two contest, saddling eight of the last 10 winners.

This year he relies on Cilaos Emery — who made an impressive start to his campaign in last month’s Poplar Square Chase at Naas — and Great Field, a faller at the second fence when odds-on for last year’s renewal.

Enda Bolger runs his dual Fortria Chase victor Ballyoisin, with Joseph O'Brien’s Us And Them completing the quartet.