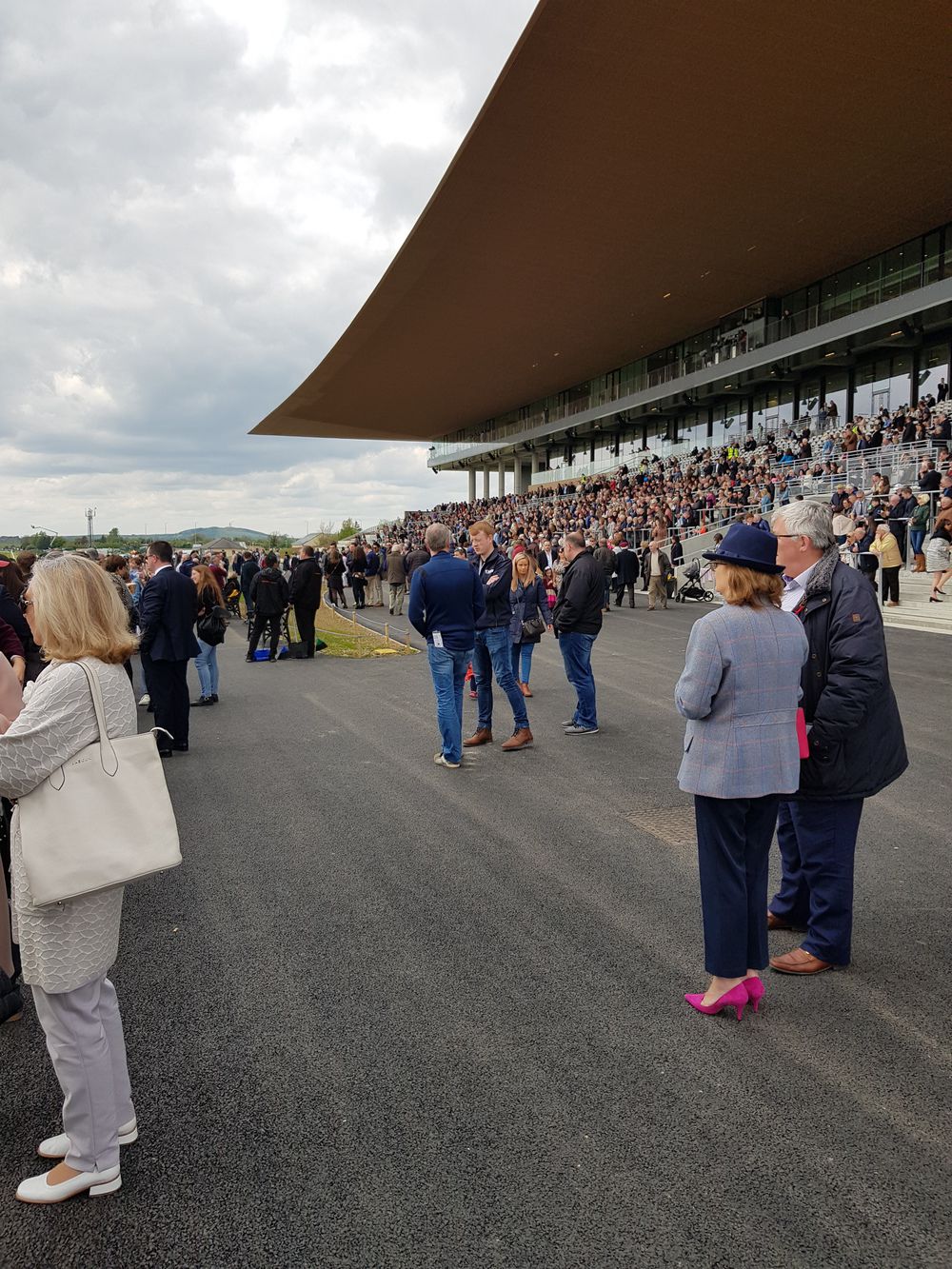 A large crowd attended the opening fixture at the Curragh

The newly redeveloped Curragh Racecourse opened its doors to the public for the first time yesterday when a healthy crowd of 3,650 turned up.

The €80 million facility which has taken three years to complete received mixed reviews from those in attendance.

Virtually everyone is in agreement that the new stand is aesthetically beautiful and finished to the highest standards but the practicalities of a 'day at the races' leave something to be desired.

The two-step entrance system caught many by surprise. The turnstiles only accept tickets so if you want to pay with cash you must first purchase a ticket from one of two booths adjacent to the entrance.

There were significant queues at both booths prior to the first race. This entrance procedure is in line with the majority of major sporting venues though unusual for an Irish racecourse.

The Tote Hall, or 'Champions Hall' as it is officially titled, which fills the ground floor of the stand and is the main gathering area for general admission patrons also came in for some criticism.

It comprises of a bar, restaurant, cafe, two Tote booths and an information desk which will be switched to a Paddy Power betting shop for subsequent fixtures. Some felt this area lacked atmosphere and perhaps the addition of the betting shop will go some way to rectify that but it will take a little more to appease those that spent long periods queuing for teas and coffees at the cafe.

The biggest gripe about the new facilities came from owners. The owners bar which overlooks the parade ring on the first floor of the stand couldn't cope with the numbers.

There were 128 runners on the day which is certainly towards the upper limit of what you would expect for an average Curragh fixture but it is disappointing that the first impression many owners had was not a positive one.

The lack of a shop on site and some speaker issues in the betting ring area are easily rectified but a bigger concern may be the slope between the stand and parade ring which according to a number of people on social media was difficult to traverse. It comprises of a tiered grass bank which has a walkway through the middle that is a mix of grass and concrete steps.

Like any new build there were bound to be some teething problems and you certainly get the impression that the new Curragh management team are up to the task of dealing will these issues.

Whether or not this can be achieved in time for the official opening of the new stand later this month at the Guineas Festival (24th - 26th May) is questionable but it is imperative that everything is ship-shape by the end of June for the Irish Derby when the crowd in attendance will be in the region of five or six times the numbers that turned up on Sunday.