Mon Lino on the mark for McManus, Walsh & Nolan 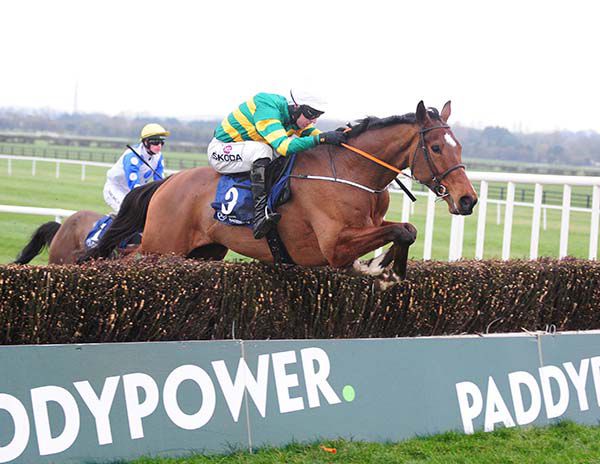 Mon Lino justified strong 5/4 favouritism to win the Naas Rugby Club Handicap Chase at Naas today as the J.P. McManus owned, Paul Nolan trained gelding got off the mark over fences at the eighth attempt.

The son of Martaline was the winner of three handicap hurdles but had finished down the field on his seven previous chase starts coming into today's race.

Ridden by Mark Walsh today, the seven year old went clear of Danse Away from the second last fence and easily justified his market price when beating that rival by a comfortable six and a half lengths.

Nolan, bagging his 17th winner this season, later stated “he hadn’t much bottle early on, and we said we’d switch him back over hurdles at Leopardstown and were delighted with the run.

“Off the back of that we said that we’d go back to a fence with him. It was an ordinary enough race today once Gordon’s horse (Elliott, Kayf Thou came out of it, and a small field suited him.

“He’s not simple and hopefully he’ll just get better.”