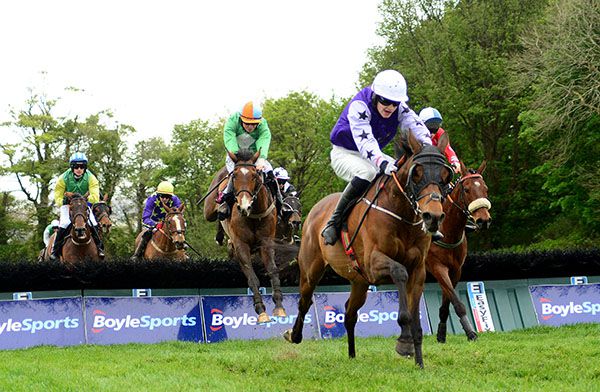 Victor Wilson bridged a gap of over 11 years without a winner under rules as Mon Storm landed a gamble in the Rossespoint Caravan Park Handicap Hurdle at Sligo.

The County Down owner/trainer gave plenty of credit to his son Scott after the lightly raced eight-year-old gelding justified 3/1 favouritism, having been as big as 9/1 earlier in the day.

Donie McInerney rode a patient race making some ground approaching the straight in this 2m2f event, and the gelding finished with great effect on the run-in to eventually beat Galuppi by a length and a half. Crocosmia could find no extra in the closing stages finishing a further three and three quarter lengths back in third.

Wilson said, “He ran well in a good maiden hurdle at Navan and then he got knocked about a bit the last day at Fairyhouse.

“My son Scott broke him in and has done everything with him.

“It was a good ride and he may run again at the Maze next Monday. He likes the ground and we may as well keep going while he’s in good form.”