Moon makes all to bounce back 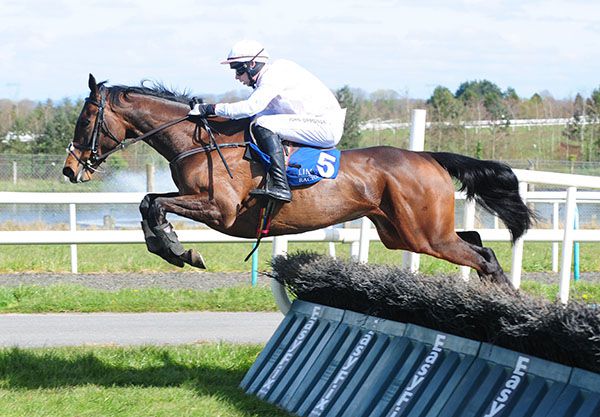 Emily Moon proved too hot to handle for her rivals in the mares hurdle at Limerick as she made all for victory.

Paddy Kennedy bounced out in front on the Beneficial mare in the two-miler and she established a five-length advantage up the back straight.

8/13 favourite Cut The Mustard tried to throw down a challenged at the second last but couldn't get on terms with Jessica Harrington's charge.

The 11/4 shot guessed a bit at the last but it didn't halt her momentum as she galloped on well on the run-in to record a length-and-a-quarter win.

Emily Moon was bouncing back to form having been pulled up in the mares novice hurdle at Cheltenham. She had previously been a wide-margin winner of a maiden hurdle at Naas.

"That's how she likes it (racing from the front) and that's how she won at Naas. She just couldn't do it at Cheltenham and got hassled and we just have to pick and choose where we go,” said Harrington.

"She met the last two hurdles on a no-stride but lost no momentum and Paddy was good as he sat quiet and didn't try and make her go and jump it and she fiddled out over it.

"She is in over 2m4f at Fairyhouse in the mares' novice hurdle and we might go there if the ground is good, she likes good ground. She has won three now and we need black-type which is the next most urgent thing."