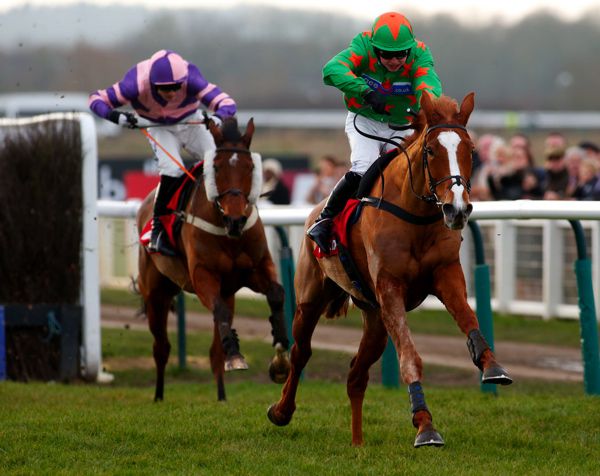 Ms Parfois will miss the Randox Health Grand National at Aintree after a slight setback compounded fears about ground unlikely to be soft enough for her.

Trainer Anthony Honeyball revealed the mare has been suffering from a poisoned foot - and although it is not serious, she was still not sound on Monday.

"She's not running - it's a combination of factors," said Honeyball.

"She’s not quite right. She’s had a poisoned foot and is not sound today. We could probably get her right - but she’s not where we want her to be at the minute."

A largely settled weather forecast up to Saturday has helped to make Honeyball’s mind up.

He added: "The main issue with her would be the ground.

"There’s no rain in sight. I’m sure it would be lovely, safe ground — but with her we want to be running on soft, good to soft, or softer.

Ms Parfois was 25/1 in the ante-post betting after she finished second in the Midlands Grand National under a big weight at Uttoxeter last month.

It is possible she could run again this season, or maybe in France, or be put away for the summer and be aimed at the Coral Welsh Grand National at Chepstow in December.

"We're hoping to pull through this in the next week to 10 days," said Honeyball.

"We can then have a look at a few things. We’ll have her in the Bet365 at Sandown, but we’d need unseasonal wet ground.

"We haven’t ruled out looking at things in France. We might do something, because she’s not had much of a season.

"If I were to put her away and work back from the Welsh National, that’s what we’ll do."

The Dorset handler still has a National runner in Regal Encore, who was eighth to One For Arthur two years ago.

"He jumped the two National fences up in Lambourn twice and had a nice blow-out on Saturday," said Honeyball.

"He seems OK this morning - so it’s all systems go and fingers crossed."