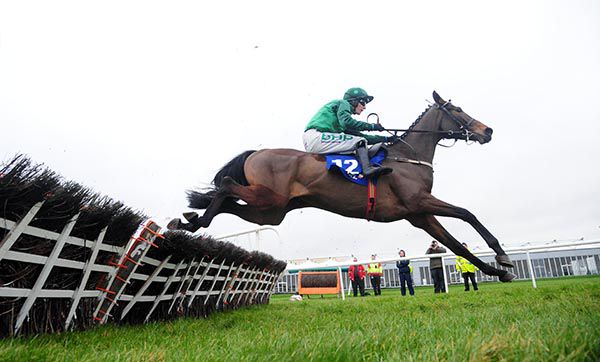 Unsuccessful in seven races in her native France from March to December 2017, she was today defying a long absence when beating Galilean by two and three parts of a length.

Mullins later said “she looked like a nice mare but has had her problems. We’ve run her quite fresh and I wasn’t expecting her to be that good but she obviously has natural ability.

“In France it seemed the more she ran the worse she got, so I said I’d run her fresh and I’m pleasantly surprised to see that she could win a contest like that.

“I hadn’t really thought about it before today but we might give her an entry in the mares novice hurdle at Cheltenham. That’s what she would have been bought for two years ago.”

The win moves jockey Townend four winners ahead of Rachael Blackmore (84-80) at the head of the Jockeys' Championship.