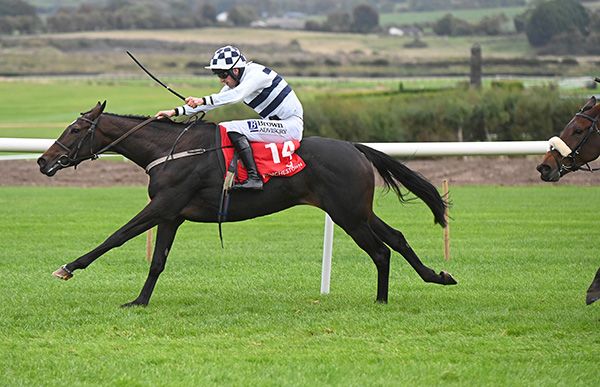 Williamstowndancer made a winning start for Willie and Patrick Mullins in the mares' bumper at Punchestown.

The prominent racer was there to be shot at inside the final quarter of a mile as she came under the whip with A Law Of Her Own seemingly going the better upsides.

However, Williamstowndancer availed of the far rail and found more than her rival on the run to the final furlong.

Willie Mullins said: “I was very impressed with that. She doesn't do anything very fast at home but she's always there at the end of her work and she showed the same today.

“I thought she was going to be swallowed up two-and-a-half furlongs down but she just kept going and the further she went the better she kept going.

“I think I'm going to have a crack at one of those Listed mares' bumpers. We might give her a little break now and come back and have a go at one of those.