Niccolai makes all for the Schuster family 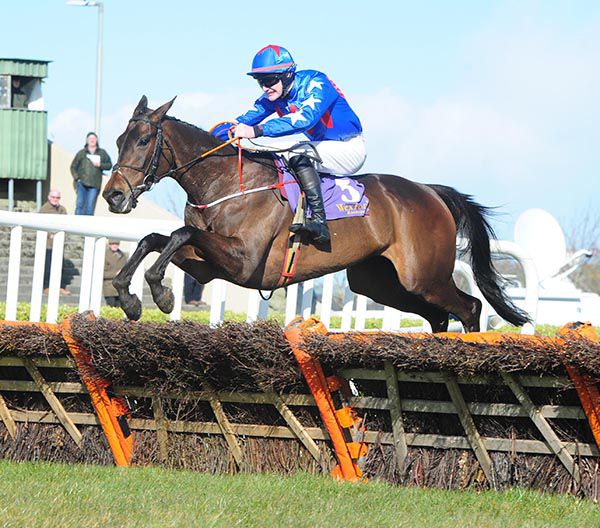 Niccolai was a poignant winner of the Neville Hotels Novice Handicap Hurdle, making all under Daniel Holden for Henry de Bromhead and the Schuster family.

Named after Niccolai Schuster, who tragically lost his life in the Berkeley balcony collapse in 2015, the five-year-old daughter of Flemensfirth was having her second start in handicap company this afternoon.

Available at 16/1 in early shows, the bay victor came in for plenty of market support, opening on-course at 10s before going off a 6/1 chance.

Sent straight to the front by Holden, she raced in a clear lead for much of the contest.

Her advantage was reduced from two out by Viscount Wilson but she kept on well under pressure from the last to prevail by three parts of a length.

The runner-up was returned at 8/1 (drifted from morning favouritism) under Denis O'Regan for Gordon Elliott, while Kilmurry (7/1) was six lengths back in third. Castletown Quary was sent off a well-backed 3/1 favourite and unfortunately he pulled up after suffering a fatal injury.

Holden said afterwards: "Henry told me to be good and positive over the first few, and if there is nothing going crazy to leave her bowl along out in front.

"Rachael (Blackmore) rode her the last day and thought she might benefit from being out in front. It didn't feel like I was going that quick on her to be honest.

"That's my sixth winner this season and my seventh in total."