Not without a scare but odds-on Rose gets there 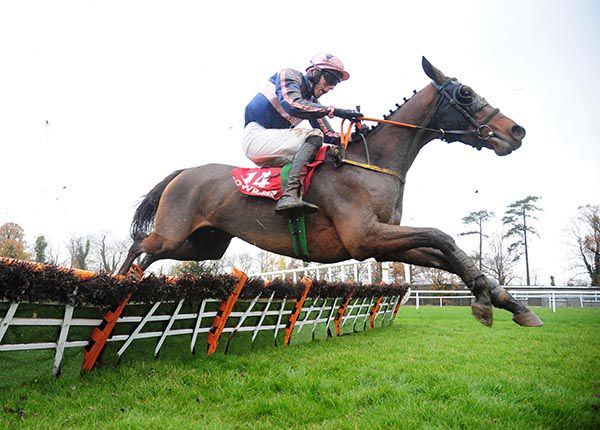 Seven pound conditional Eoin Walsh continues to gain admirers and those that invested in 8/13 shot Dinard Rose certainly owe him one after he got the odds-on favourite home in front in the Timmy Maher Memorial 3-Y-O Maiden Hurdle at Gowran.

Dinard Rose had to reverse Galway form from four weeks back, with Very Excellent They finished fourth and second respectively at Ballybrit, but Dinard Rose suffered significant interference at the second last flight then.

However the successful daughter of Champs Elysees and Eoin Walsh proved to be a very determined combination and they got there in the closing stages to prevail by a length and a quarter.

“She stays real well and they went very steady. Nina was saying not to get there too soon and let her have something to aim at. She winged the last and stayed on," said Meade.

“She’s not very big but has the potential to be pretty decent at that because she does jump. She goes on any ground and hopefully keeps improving.

“She still has races in those long-distance Flat races as well. She was a bit free in the Cesarewitch but ran well considering they went an awful gallop and she was up there most of the way.”