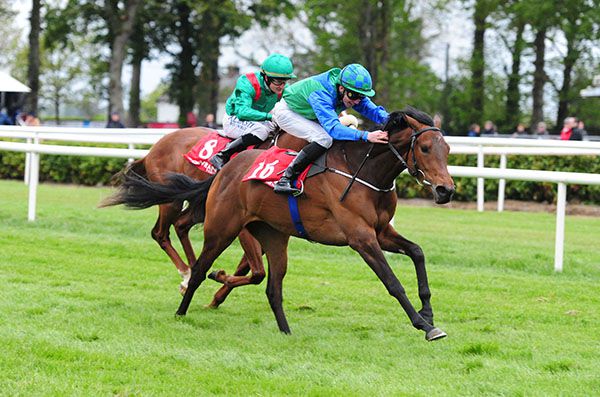 Jockey Crosse won the half-hour earlier maiden with the Johnny Feane trained Miss O Connor and doubled his score on Snapraeceps, which beat runner-up Shennan by three parts of a length.

O'Brien won an earlier handicap with Linger and following his second win stated “she (Snapraeceps) had a lovely run first time out and the race worked out very well. Shane was very happy with her and said she had come forward.

“She travelled much better today and she's a nice filly, I'd say.

“With any fillies like that black-type is the thing. Whether we take in a winners race on the way or not we'll see what races are there for her.

“She's a decent filly and the second (Shannan) was well thought of.

“She should stay a bit further but I'll stick to a mile with her for the time being as she's not slow.”