O'Brien looks towards the Irish St Leger for Kew Gardens 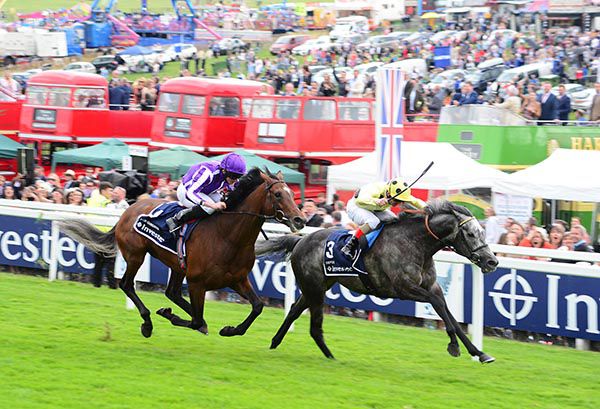 Aidan O’Brien hopes Kew Gardens will recover from a setback in time to tackle races such as the Irish St Leger this season.

The 2018 St Leger hero was ruled out of Thursday’s Gold Cup at Royal Ascot after he sustained a small muscle injury during his build-up to the Group One highlight.

After finishing second on his seasonal return in the Ormonde Stakes at Chester, the son of Galileo had subsequently filled the same spot behind Defoe in the Coronation Cup at Epsom.

O’Brien said: “Kew Gardens had a little bit of a setback, so that is why he is not in the Gold Cup.

“We will go gently with him for two or three weeks, and see how he comes out of it. It is a small muscular thing, and hopefully it will heal itself quickly.

“I would have thought races like the Irish St Leger and races like that will be open to him. It wasn’t ideal — but these things happen.”