O'Briens double up with Ferretti 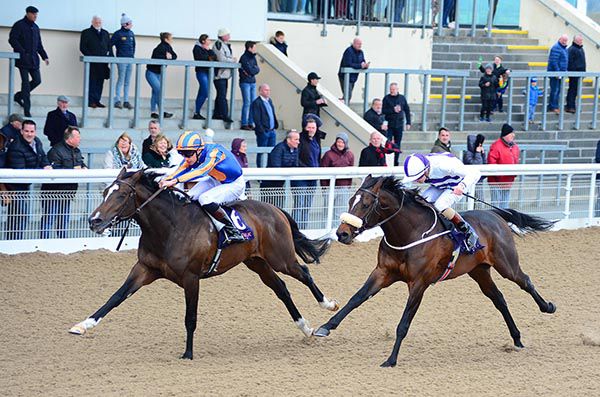 Donnacha O'Brien completed a double at Dundalk today for his father Aidan when Ferretti opened his account in the Imperial Hotel Dundalk Maiden.

The War Front colt was sent to post a 2/5 shot for the seven-furlong contest having shown a decent level of ability in better quality turf maidens.

He was to the fore throughout and led entering the straight. Newcomer Succeedandsurpass pressed him inside the final furlong but the hotpot was always finding enough to record a half length win.

“He had some solid form in the book so it's nice to get his head in front,” said Donnacha O'Brien.

“There is plenty of wind and the surface is probably slightly deeper than it has been. I think it's riding quite well to be honest and that's probably what was needed for it, to deepen it a little bit.

“My lad had the form and the front two were the fancied two regardless of where they came from.

“He's a solid horse and ran to his mark there. He deserved to win a maiden.”