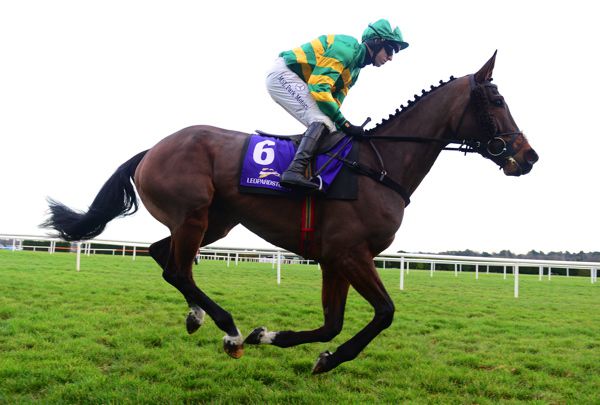 Jonjo O’Neill senses the slightly longer gap between races makes the Ultima Handicap Chase a preferred option for Minella Rocco before a tilt at the Randox Health Grand National at Aintree.

The Jackdaws Castle trainer plans to run the nine-year-old in the Grade Three prize on the opening day of the Cheltenham Festival, as opposed to the Magners Cheltenham Gold Cup in which he finished second back in 2017.

After being well held in on his seasonal return in a Grade Two at the track last month, the JP McManus-owned gelding — who won the 2016 National Hunt Chase — pleased O’Neill in a spin over hurdles last time out at Exeter.

O’Neill said: “I was happy with him at Exeter — it was much better than his run at Cheltenham. He missed a few races earlier in the season, but I thought Exeter was better.

“The plan is to come back here for the Ultima, and then he has three weeks until the Grand National.

“He is still in the Gold Cup — but I would rather give him the three weeks and four days, because that could be important as he has his problems.”

O’Neill is under no illusions about the handicap task facing Minella Rocco.

“The more time he has between races the better,” he said.

“He is off 152 in the Ultima, but it looks amazingly competitive.

“He was loving it at Exeter in fairness. They probably didn’t go a mad gallop, but it was a good experience for him.

“It was nice to see him run respectably — because if he ran again like he did at Cheltenham you think (twice) about coming back to the Festival.”

The Gold Cup-winning trainer is leaning towards stepping the hat-trick seeking Cloth Cap up to four miles for the National Hunt Chase.

O’Neill added: “Cloth Cap will probably go for the four-miler.

“I was talking to Mick Meagher (owner Trevor Hemmings racing manager), and that is what we were deciding.

“He has had a few problems since Christmas — I was going to run him last week, but he wasn’t quite right. He looks to be the right type for the four-miler.”

Although stablemate Sky Pirate holds four entries at the Festival, the Fulke Walwyn Kim Muir Challenge Cup appears to be his preferred target.

O’Neill said: “I was a bit disappointed with him the other day. (Jockey) Noel (Fehily) said he was running really well but then hit the third last, and it knocked the stuffing out of him.

“He won’t run in the two-and-a-half-mile novice (Close Brothers), and he won’t get in the Ultima. If I was saying where he would go now, it would probably be the Kim Muir.”