Oakcla gets Home in hunters chase 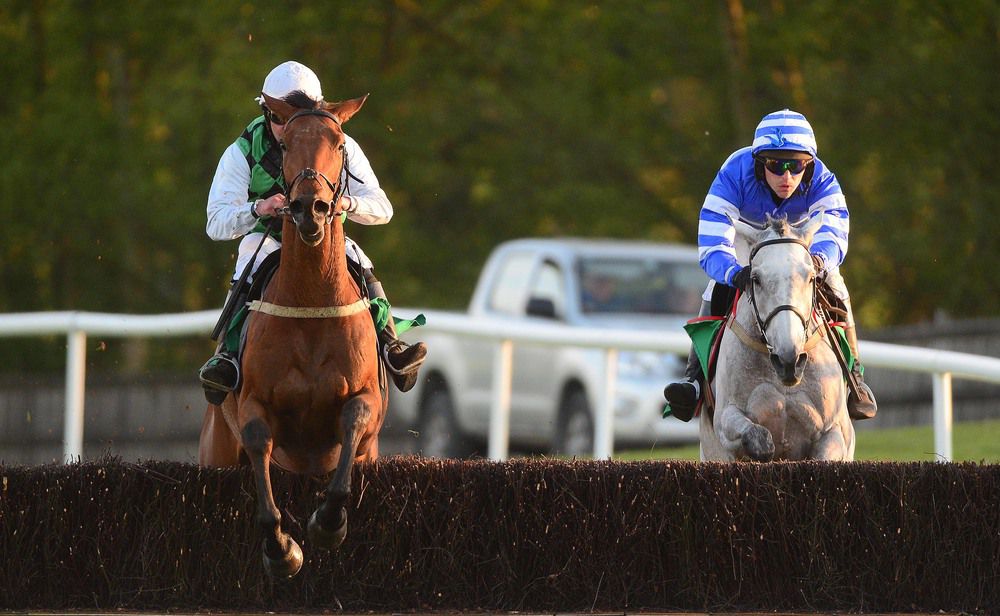 My Oakclahome stuck on gamely to land the spoils in the Molson Coors Maiden Hunters Chase at Downpatrick this evening.

Cathal Healy, recording his first racecourse success, produced his mount to dispute going to the third last fence in the two-mile-seven contest.

Long-time leader Nabraska refused to back down without a fight and tried hard on the run-in but My Oakclahome found enough to repel his challenge and record a three-parts-of-a-length win.

The David O'Brien-trained winner was making his 'track' debut. He had won a maiden at Lisronagh in late March and was second last time out in a 'winner of one' at Curraghmore.

O'Brien said: "He was nearly sold yesterday, I didn't get any phone call this morning so I said we would drive on.

"He's an improving horse. He loves the good ground. He's a good jumper and it kind of stood to him there.

"He's after improving a lot. He was brought down the first day and the stirrup broke on him the second day and he finished third.

"Cathal is getting a great tune out of him and the owner was delighted but he couldn't make it here today. He's a good client from my father's days so it was great for him to get a bit of success.

"Maybe go novice hurdling or chasing depending on what way the handicapper looks at him. He'll run away for the summer anyway in some of them handicaps or novices."