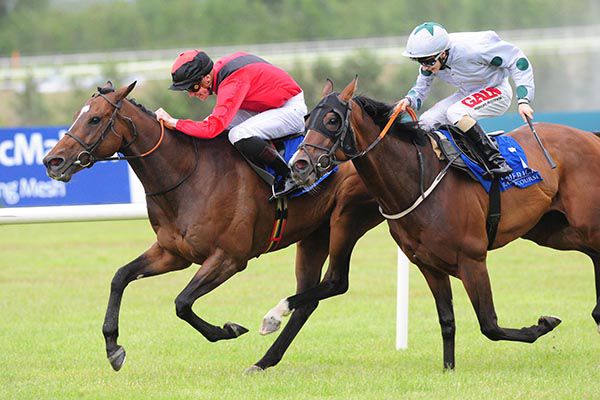 The Book Online At www.limerickraces.ie Claiming Race went to odds on shot Yuften

Half a length split them and they were four and a half lengths clear of the third home, Tennesse Waltz

"Four years ago he was running against Kingman and was entitled to beat them today. The wheels are staying on him at the minute and he'll either be claimed or go back to more Claimers," said Feane.

"He is a little high in the handicap even though he has dropped him down 4lbs, he is still exposed enough."

County Dublin handler Ado McGuinness claimed both the winner (for whom there were two claims) and second (he was alone in that claim) for E15,000 each.