Orr narrows gap to just one in apprentice title race 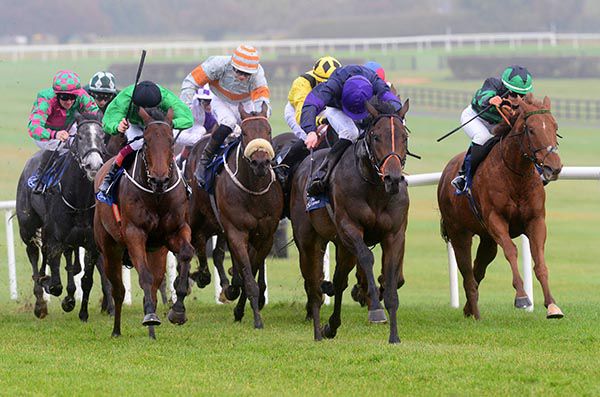 Oisin Orr, just denied by a nose on Soul Seeker in the opener, kept the apprentice championship alive when taking the Christmas Party Raceday At Naas Handicap aboard Tide Of Time

The Donegal native, champion apprentice back in 2017, is now just one behind (43-42) Andrew Slattery in this year’s title race after the Eddie Lynam-trained gelding scored in decisive fashion.

The five-year-old led inside the final furlong and asserted in the closing stages to beat Strong Johnson by two and a quarter lengths.

Arcanears was a half-length further back in third with Mokhalad completing the places in fourth.

Lynam said, “He did it well. He went a bit flat on us for a while and I just tried to freshen him. He’d been on the go quite a while waiting for his ground — he likes a cut.

“What I did like about him was when they did try to lock him up at one stage he was able to bully his way out. He’s homebred and all that family have been very good to me. That’s him finished for the season now.

“He’s done his bit for Oisin today and hopefully one of the others can win for him. A draw would be a good result but that nose (that Soul Seeker was beaten by) in the last race is looking bigger now.”