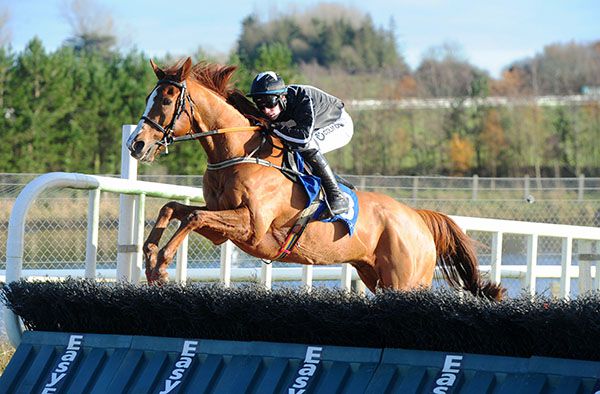 Brouder set off behind the leaders in fourth but was nicely off the pace of leading trio Even Flight Accidental Rebel and 6/4 chance Future Proof at halfway.

However the pace set by the leaders almost predictably took its toll and Brouder produced Posedion to lead, travelling well, after the third last flight. In the home-straight Poseidon maintained his gallop to the line and eventually beat runner-up Paranoid by five lengths.

Even Flight finished three parts of a length away in third while fellow pace-setters Accidental Rebel eventually filled seventh with Future Proof pulling up in the home straight.

Trainer Byrnes was strong in his praise for Brouder following the race and said “they went a bit hard up front - flat out and they were taking each other on as well. Kevin came back in and said they were flat-out and said he wasn't able to go much faster.

“He jumps really well and he'll go handicapping now. His form was solid and we could now look for a good handicap hurdle and hope to run him at below 11 stone.”

Poseidon was god of the sea, earthquakes, storms, and horses in Greek mythology and is considered one of the most bad-tempered Olympian gods.