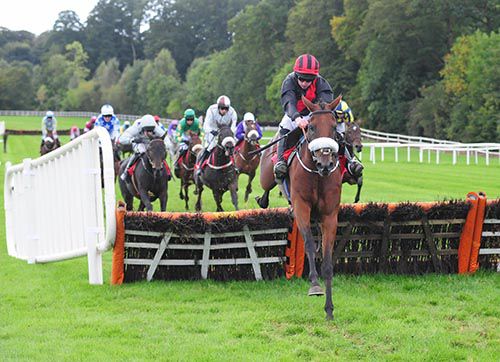 Cork stages a seven-race National Hunt card this evening where the Gina & The Champions After Racing Hurdle sees Peregrine Run bid for a five-timer for trainer Peter Fahey and jockey Kevin Sexton.

Nine-year-old Peregrine Run has already won 14 races, including a Grade Two hurdle at Cheltenham and a Grade Three chase at Killarney in May, which was the first win of his current streak.

Since then, when he teamed up with jockey Sexton for the first time, the son of King’s Theatre has added chase wins at Ballinrobe, Punchestown and Wexford, but now reverts to hurdles for the first time since last March.

His opponents include the Charles Byrnes-trained novice Doctor Duffy who is himself chasing his own four-timer having won his last three starts at Cork, Killarney and Kilbeggan.

Doctor Duffy’s latest win was at Kilbeggan where he claimed a tactical affair on his first try at three miles and a furlong.

Also added to the mix in the nine-runner race are Rashaan a 13-time winner, and nine-time victor Woodland Opera in what looks a cracking race.

Willie Mullins’ Savina is a notable hurdling recruit in the Finbarr Quaid Electrical Maiden Hurdle and having won a bumper on debut at Tramore last April, she now steps up to three miles.

A seven-race card at the Mallow track gets underway at 5.40pm, with Gina and the Champions taking to the stage after the last race at 9pm.

Racegoers coming from the Limerick direction are reminded that the Cahirmee Fair takes place today in Buttevant and diversions are in place via Doneraile.