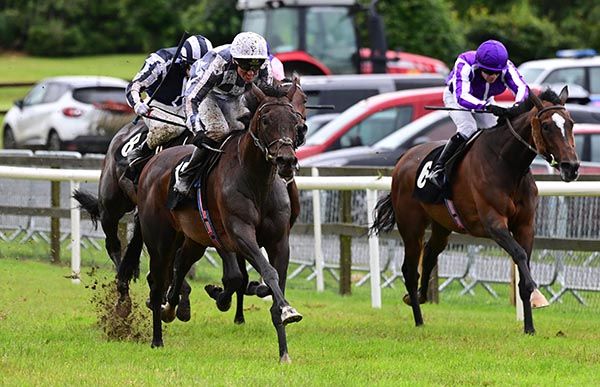 The daughter of Churchill, a three-parts sister to Bangkok and related to a host of other winners, was settled behind the leaders before being pushed along two furlongs out. Once switched to the outer over a furlong from home, she really found her stride and stayed on well under hands and heels to score by a length and three quarters from Isota. Ark was a further neck away in third.

The winner holds entries in the Irish Oaks and Nassau Stakes later in the month.

Winning rider Seamie Heffernan said: "She has a little bit of class, always worked like a nice filly. She won well at the line, so hopefully she keeps progressing.

"She gave me a good ride and won very easily."

Inspiral is set to take on the colts in the Prix Jacques le Marois at Deauville this weekend, after pleasing connections in a Tuesday morning workout in Newmarket.

Prix de l'Opera likely to be next step for Nashwa

Nashwa is unlikely to tackle Baaeed in next week's Juddmonte International at York, with the Prix de l'Opera looking her next obvious target.

William Muir reports King George hero Pyledriver to be "jumping out of his skin" as he prepares for a tilt at the Prix de l'Arc de Triomphe in October.

The ground at Leopardstown ahead of racing on Thursday is good, good to firm in places with watering continuing at the Foxrock venue.