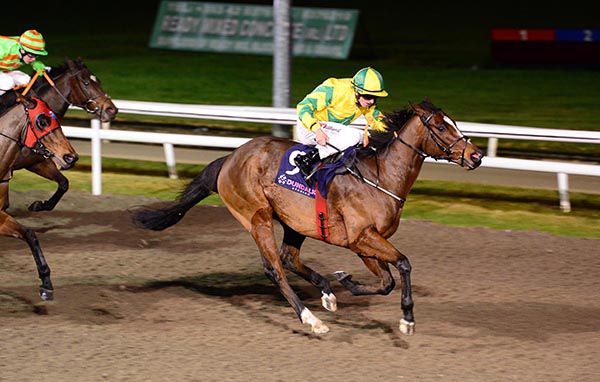 Pillar gained a fifth career win at Dundalk today as the Ado McGuinness trained gelding made all the running to win the opening Christmas Party Nights At Dundalk Handicap under jockey Conor Hoban.

Following the race McGuinness reported “it was great. He got 4lb for being second here last time and I thought for a horse in that type of grade he might be in trouble.

“Conor gave him a great positive ride. I just told him to jump out, I knew Ty Rock Brandy was drawn low and she can dominate, so I told him to go to the front and let him go hard.

“That's exactly what he did and he said got a breather into him before he turned in. He's a tough horse.

“He's a great fun horse. He belongs to Sean Gallagher and it's great to get another winner for him.

“Hopefully the handicapper won't be too hard on him.”