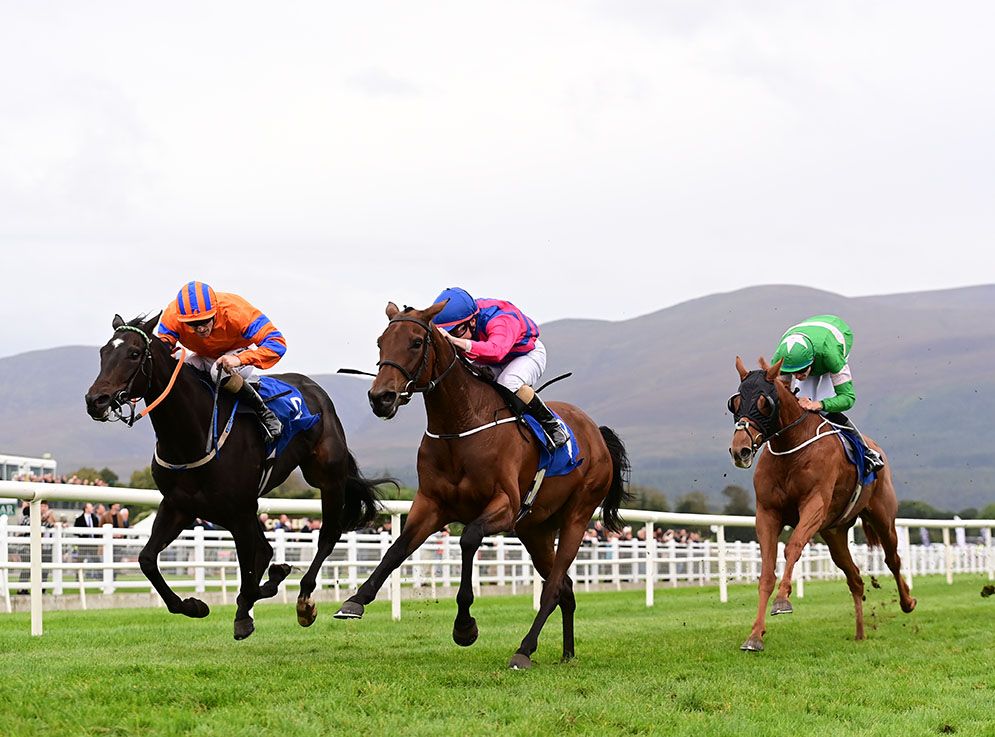 Trained by Ross O’Sullivan for owner/breeders the Cassidy family, the daughter of Tamayuz gave the front-running Men Of Dreams a bump when heading that rival over a furlong.

The 7/2 chance needed to be ridden right out to hold off the strong challenge of Diamond Union by a head, with Men Of Dreams a length and a half away in third.

O'Sullivan said, "She is a big galloping mare, travelled great and Jamie was brilliant on her and the 7lb claim was a big help. She is very consistent and a 'four-and-up' maiden suited her down to the ground because she was often being beaten by a three year old.

"Her mother was rated 90 on the flat and won over hurdles so she could go jumping but will have another run on the flat before the turf season is over.

"The lads bred her, raced her dam and haven't had a winner for seven years. They're over the moon, there were tears shed and we roared her home."