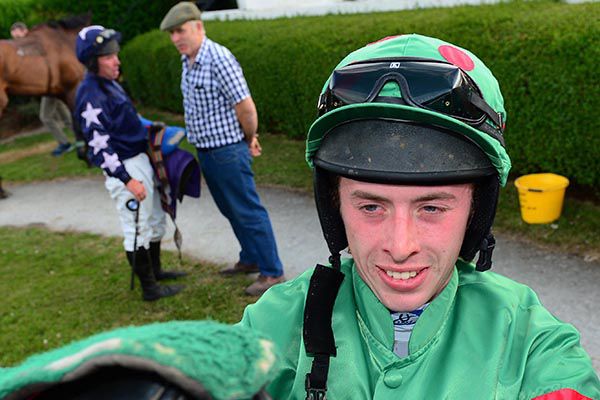 Presented Well brought up a Down Royal double for Henry de Bromhead and Dylan Robinson.

The 8/13 favourite contested the auction maiden hurdle and was pressed on the run-in by Pilot Station (18/1) but kept finding to score by half a length. Melly And Me finished third at 3/1.

Dylan Robinson said: "He did it well in fairness, he was just doing enough towards the line. He travelled everywhere and I was happy with him.

"He had a little bit left, if he (runner-up Pilot Station) came to him he was going to go on again. It was never in doubt!

"It's great to get a double. Getting rides is hard but today was a good opportunity to get a couple of rides and it paid off."

Their double was initiated by Sinoria in the maiden hurdle. The five-year-old was merely shaken up to stroll home by 13 lengths and justify 5/2 favouritism.

Afterwards, Alan Cody, travelling head lad said: "She was unlucky in her last race but it brought her on and she was very good today.

"She did everything right and he (Robinson) was very happy with her.

"We thought we would get a good run out of her but she won a little bit easier than we thought she would. We'd be pleased with that.

"She definitely is a nice mare. We'll have to wait and talk to Henry about where she goes next."