Psychedelic aiming to shine at Tipperary 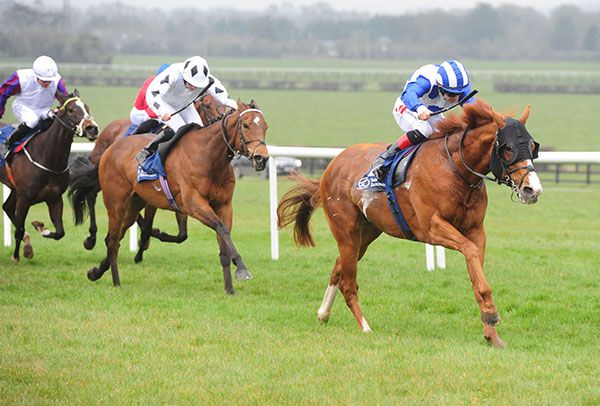 Psychedelic Funk is the highest-rated horse in action as racing returns to Tipperary.

Twice successful at Group Three level, the Ger Lyons-trained gelding will contest the Racing Again At Tipperary May 9th Race on Thursday evening.

After disappointing on his last two starts, the son of Choisir will be on a retrieval mission in this extended seven-furlong heat.

Course-and-distance winner Downforce is an obvious danger, with Billy Lee aboard, while Nebo and Iiex Excelsa also warrant respect.

Ben Coen will partner Nebo, and he also takes the ride on Dandyman Port in the feature Tipperary Racecourse Handicap of E25,000.

Successful over the course and distance in August, the five-year-old has fallen short on two starts since and is tried in a tongue strap for the first time now.

Damian English looks to have strong claims with Mokhalad and Stanhope

The former was victorious on his most recent start at Naas, while Stanhope has yet to finish outside the first three in four starts since joining English.

Denis Hogan trains Hathiq, and he is also represented in both divisions of the Visit Tipperary Handicap.

Hogan saddles Machiavelli in first divide, and Sharg in the second split.

The opening race on the card is the Irish Stallion Farms EBF Maiden, with five newcomers in an eight-strong field.

The Aidan O’Brien trained Pistoletto is a full-brother to American Grade One winner Avenge, and is sure to prove popular with punters.

The O’Brien duo of King Pellinor and Sir Dragonet are then obvious contenders in Fundraising Events At Tipperary Maiden.

Leopardstown eye-catcher Hamariyna will be the focus of attention in the Tipperary Races Fillies Maiden - with fellow Aga Khan-owned Hasanabad appearing the one to beat in the concluding Follow @TipperaryRaces On Twitter Maiden.