Quick 'cross-country' double for Mullins with Pont at Wexford 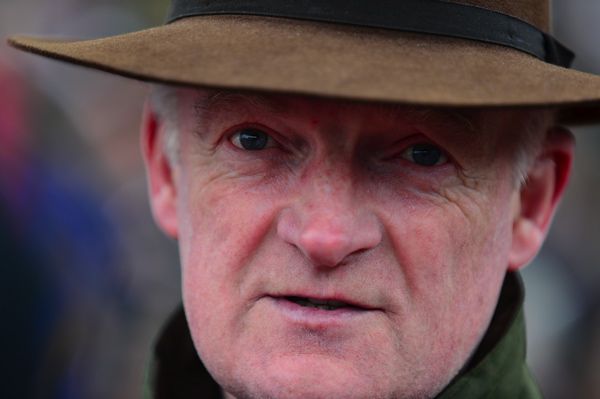 Hot on the heels of Min's impressive success over at Aintree, Willie Mullins put another win on the board, this time on home soil, in the Welcome To Wexford Racecourse Rated Novice Hurdle with Pont Aven (11/2).

Danny Mullins rode the Doyen gelding for his uncle, and after being a beaten odds-on favourite at Clonmel 36 days back, he made amends here.

After Pont Aven had beaten Thegoaheadman (25/1) and Aasleagh Dawn (10/1) by four and a quarter lengths and two and three parts of a length the winning rider said: "He enjoyed the trip and seems to be improving all of the time.

"Hopefully there is a race for him at one of the spring Festivals, Willie is well able to find them. Hopefully he can win again."

The Stewards fined V. T. O'Brien, trainer, €65 for failing to fit the declared head gear to Oh'herewego prior to entering the parade ring.

D.F. O'Regan, rider of Qui Bono trained by Brendan W.Duke, reported to the Clerk of Scales that his mount lost its action and was pulled up.

J.B. Kane, rider of Aasleagh Dawn, trained by Gavin Cromwell, reported to the Stewards' Secretaries that his mount ran tight for room and clipped a heel on the bend past the stands with a circuit to go.

The Irish Horseracing Regulatory Board Veterinary Officer examined Halsafari trained by Michael J. Bowe, at the request of the Stewards and reported the animal to be post race normal.

The Stewards enquired into an incident rounding the final bend, involving Denham Hana (FR), ridden by B.J. Cooper, placed sixth, Pont Aven, ridden by D.E. Mullins, placed first, Aasleagh Dawn, ridden by J.B. Kane, placed third, First Class Return ridden by D.J. McInerney, placed fifth and Thegoaheadman, ridden by C.J. Orr, placed second, where it appeared interference had occurred. Evidence was heard from the riders concerned. Having viewed the recording of the race and considered the evidence, the Stewards took no further action other than to advise C.J. Orr to ride with more care in future.

The Irish Horseracing Regulatory Board Veterinary Officer reported to the Stewards that Oh'herewego trained by V. T. O'Brien was found to have blood at the nose following exercised induced pulmonary haemorrhage.