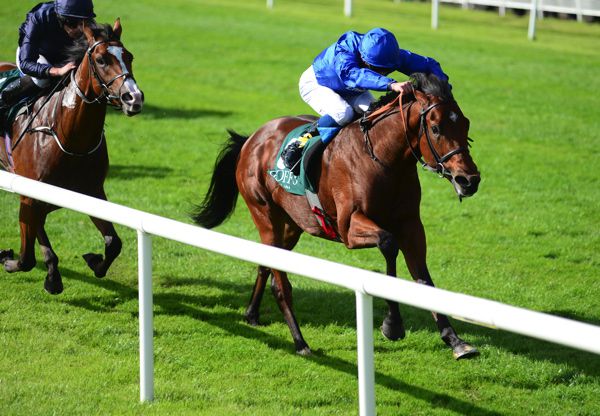 Leading Qipco 2000 Guineas hope Quorto has been ruled out of the Classic after suffering a setback.

The Charlie Appleby-trained colt won each of his three starts last term, signing off with a tidy victory in the National Stakes at the Curragh.

Quorto has been wintering in Dubai, and Appleby reports the son of Dubawi to have sustained an injury which will keep him on the sidelines for as-yet undetermined period.

Appleby told www.godolphin.com: “Unfortunately Quorto has suffered a soft-tissue injury in training in Dubai which will mean he will have to miss the 2000 Guineas.

“It’s a real shame, because we had high hopes for him this year. We’ll know more when he’s scanned for a second time in a couple of weeks.

“It’s too early to say when he could be back in action. But we’ve been here before with these injuries, and we’ll see how he recovers.”

Quorto’s absence has seen Too Darn Hot shorten at the head of the betting, and he is now the 10-11 favourite with Bet365.