Ranger gets deserved win to his name 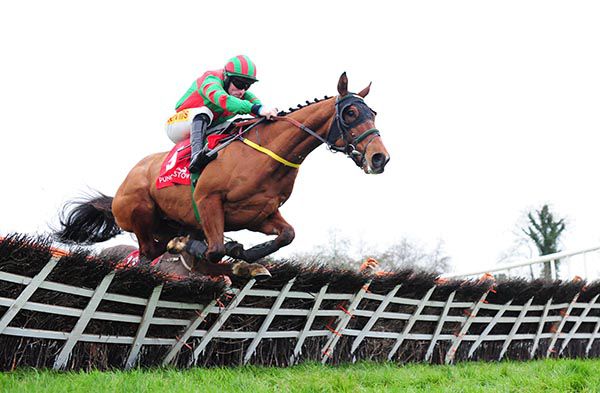 Free Ranger got a deserved win to his name, as he justified favouritism in the Watch Racing TV Now Handicap Hurdle.

Placed on five of his previous six starts over flights, the Noel Meade trained son of Lope De Vega was last seen finishing a disappointing eighth at Limerick over Christmas.

Despite that, he was still sent off the 5/1 market leader today, and was settled in second by Sean Flanagan.

He improved into a narrow lead from three out, and was ridden clear before the last, keeping on well on the run-in to score by five lengths. Uno Momento (6/1) made good headway from rear to take second under David Mullins for his father Tom, while Empire Burleque (8s to 11/2) just held on for third, another length and three parts back.

Meade said afterwards: "He was due that. I'd say the easy finish here helped him a bit as he quickens up for a bit and then flattens out.

"He jumped good and we'll find something like that for him again. He's run consistent without winning so he was entitled to win one."

The Irish Horseracing Regulatory Board Veterinary Officer examined Princess Mahler trained by John J. Walsh, at the request of the Stewards and reported the animal to be coughing post race.

T. Ryan, rider of Bog War trained by Liam P Cusack, reported to the Clerk of Scales that his mount slipped up on the way to the start.

A. McCurtin, rider of Princess Mahler trained by John J. Walsh, reported to the Clerk of Scales that his mount made a respiratory noise during this race.