Reach Up a significant winner for Quinlan 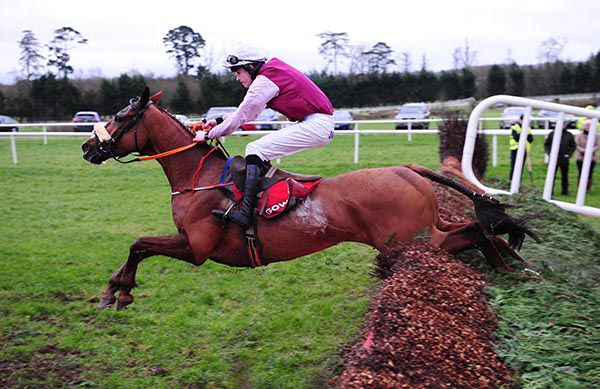 Jockey Liam Quinlan landed his first success since turning conditional when Reach Up stayed on stoutly to score in the novice handicap chase at Gowran Park.

Quinlan rode 15 winners as an amateur and had 25 point-to-point victories.

His mount saw off heavily backed 5/4 favourite Fairly Legal by three lengths at 4/1.

Trainer John Ryan said: “He's a nice horse. I was cross with the handicapper for giving him 114 but I better talk nice to him now in case he puts him up again.

“He's a lovely horse and we'll go for a nice novice chase with him now.

“I need another one coming along as Kylecrue isn't getting any younger.

“Ciaran Brady, who played football for Cavan, bought a half share in him a few weeks ago and this is the first horse he has owned.”