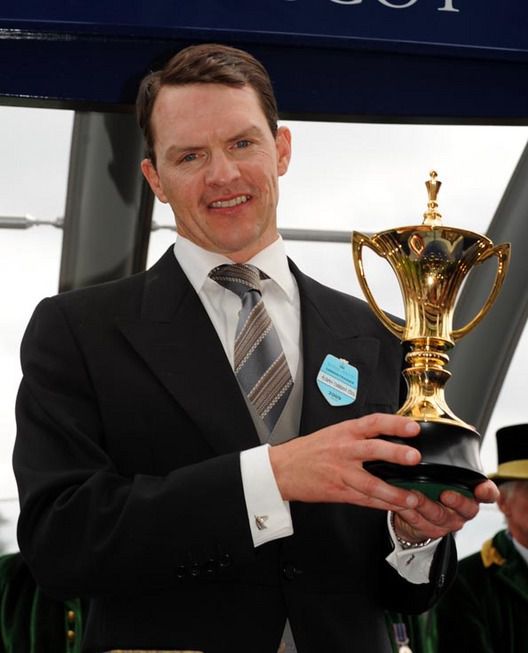 Newcastle will stage the rescheduled Vertem Futurity Trophy on Friday evening — making it the first Group One race to take place on an all-weather surface in Britain.

The mile event was due to be run on turf at Doncaster on Saturday — but a waterlogged track forced the cancellation of the card, and the race will now move to the Tapeta track.

It will have a total prize fund of £200,000, and original entries will stand — although it has also been reopened for new contenders.

John Dance, of sponsor Vertem Asset Management, said: “It was a real shame that the Futurity Trophy was lost to the weather today — but as a big supporter of racing in the North and of Newcastle in particular, I’m absolutely delighted to see the race come up here.

“The straight mile at Newcastle is a fantastic track, as seen by the quality of young horses that have run here in the last few years, so we cannot wait for Friday and to be associated with a race of the highest quality at our home racecourse.”

Both Doncaster and Newcastle are owned by Arena Racing Company, whose chief executive Martin Cruddace is pleased to have the event switched to the track’s twilight card.

He said: “We were obviously very sorry to lose the Vertem Futurity Trophy at Doncaster today — but I am delighted we have been able to move so quickly to rearrange the race, at its original prize money levels, to Newcastle on Friday evening.

“We would obviously like to thank our colleagues at the British Horseracing Authority, the Levy Board and horsemen for their co-operation and, of course, our sponsors Vertem.

“All have done a brilliant job working together and with us to rearrange the race so quickly.

“We hope all racing fans in the North East will embrace the fixture and come along to enjoy Britain’s first ever Group One race run on an artificial surface.

“Our Tapeta track at Newcastle is world class, and I am sure the track will do the famous race proud.”

Racing at Newbury was also called off because of the weather on Saturday, and that card’s feature Group Three Horris Hill Stakes will now be run at Newmarket next Saturday for a prize fund of £40,000.

While original entries also stand for this contest, it has also been reopened.

Paul Johnson, head of racing for the BHA, said: “With the fixtures clearly being at risk yesterday, it was possible to begin to make plans at an early stage to ensure we are able to save these important and valuable races.

“We are also extremely grateful to ARC, the Jockey Club, HBLB (Horserace Betting Levy Board) and Vertem for their hard work and generosity in ensuring we could retain both races — and we are particularly pleased that both can be staged at the original value.”