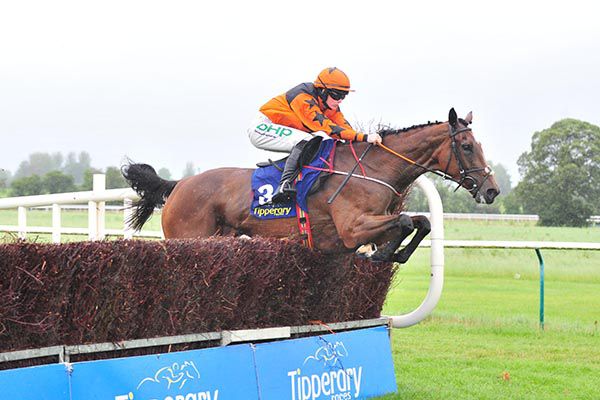 Put The Kettle On bids to complete a four-timer at Wexford today where the Henry de Bromhead-trained mare lines up for the 20,000 euro Audrey McGrath Memorial Rated Novice Chase.

The daughter of Stowaway has been well placed to win her last three starts, starting with a beginners chase win at Killarney in May, followed by a handicap hurdle at Downpatrick and a recent novice chase success at Tipperary.

Put The Kettle On faces a tough task against four able types, including Westland Row who himself failed to land a four-timer when beaten at Killarney in August.

In theory, De Bromhead’s mare has a stone in hand over Westland Row at the weights so should hold him, but a possible improver is the Noel Meade-trained The Red Menace who made a winning chase debut at Downpatrick last month, was a useful hurdler and is capable of more progression over fences.

The Paul O’Flynn-trained Quarry Lil was a maiden hurdle winner at Clonmel on Thursday and turns out quickly for the Menapia Motors Renault Opportunity Handicap Hurdle, under a 5lb fixed penalty. The five-year-old mare looks an improving type and could take all the beating today, despite taking on a full field of 13 rivals.