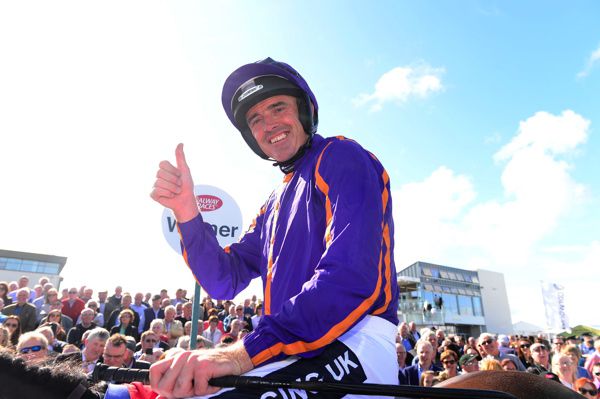 Ruby Walsh was never really going to be anything other than a jockey.

Born to 11-times champion amateur rider and Grand National-winning trainer Ted Walsh and his wife Helen on May 14, 1979, Rupert Walsh, to give Ruby his proper name, blazed a trail from the very beginning.

The second of the four Walsh siblings, sister Katie is a former Grade One-winning rider herself, his other sister Jennifer acts as Walsh’s agent while brother Ted jnr is also involved in the racing industry.

But it is Ruby who is the headline name, having hardly looked back since riding his first winner aboard Siren Song for his father at Gowran in July 1995, at the age of just 16.

After two champion amateur titles, Walsh wasted no time in turning professional in 1998, having already registered his first Cheltenham Festival winner via Alexander Banquet in the Champion Bumper that March.

And from there, the only way was up — lifting the first of his 12 Irish champion jockey titles in the 1998/99 season before really putting his name in lights when winning the Grand National at his first attempt on his father’s Papillon in 2000.

The duo went on to win the Irish version with Commanche Court that year and staying chases proved a rich hunting ground for Walsh, with the jockey coming within a short head of the grand slam of Welsh, English, Irish and Scottish Nationals in 2004/5, with Cornish Rebel just falling short at Ayr.

Walsh has over 2,500 victories to his name, and associations with Paul Nicholls and Willie Mullins have yielded the majority of his most memorable partnerships.

Who could forget the image of Walsh standing high in his irons, saluting the crowd, as the Nicholls-trained Kauto Star did the unthinkable and regained the Cheltenham Gold Cup in 2009?

Or the grin on Walsh’s face after Hurricane Fly once again showed his brilliance to snatch a second Champion Hurdle in 2013.

Add into the mix the likes of Champion Chase hero Master Minded and the seemingly unbeatable three-mile champion Big Bucks, plus such Rich Ricci-owned favourites as Faugheen, Annie Power and Vautour, and it is easy to see how Walsh commanded a legion of fans.

But while success has been plentiful, disappointment has been equally so, with Walsh dogged by bad luck at the most inopportune moments.

His Grand National hopes were twice extinguished at the last gasp, with falls in the Aintree Hurdle in both 2010 and 2012 ruling him out of the main event, while he famously recovered from a broken leg sustained in November 2017 in time for the 2018 Cheltenham Festival, only to break the same leg again in a fall on day two of the meeting.

Walsh has a catalogue of injuries — fractured wrists, dislocated and fractured hips, a cracked elbow, dislocated shoulders and cracked vertebrae — but a fall at the Paddy Power meeting at Cheltenham in 2008 was particularly gruesome, with Walsh having his spleen removed in an emergency operation.

He returned to the saddle just 27 days later — but the passing of time has seemingly precipitated longer periods of recovery and a rather more circumspect approach to how much he rode.

With wife Gillian and his four daughters — Isabelle, Elsa, Gemma and Erica — waiting for him at home, it is easy to see how Walsh has finally opted to call time on his career, just days away from his 40th birthday.

Certainly the National Hunt game will be all the poorer for his departure and Cheltenham will definitely not be the same without the crowd’s rendition of the Kaiser Chiefs’ hit ‘Ruby’ as he returns on yet another Festival winner.

However, he clearly thinks the time is right — and it is only fitting that, like his great friend and former long-time rival Sir Anthony McCoy, a champion such as him should bow out on his own terms.