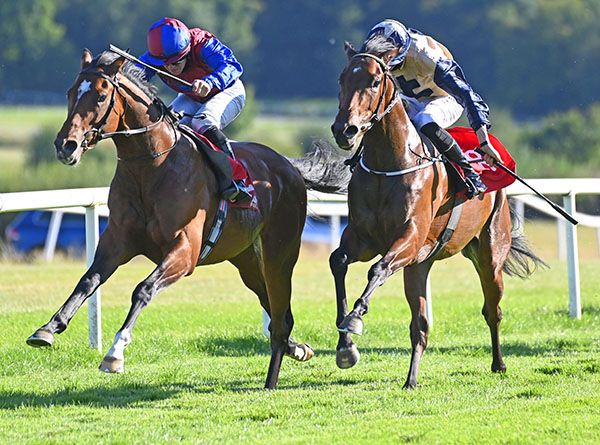 The Saxon Warrior colt came into the race off a fine run to finish fourth in the valuable Ballyhane Stakes at Naas nine days ago.

Wayne Lordan was soon in front on the 15/8 shot in the seven-furlong contest and he found plenty when pressed in the closing stages by 11/8 favourite Clounmacon to record a half length win.

Stable representative Chris Armstrong, “Wayne gave him a lovely ride. He got across to the front and dictated. He kept finding when the second horse came to him.

“He ran a lovely race last time in the Ballyhane and Ryan felt a step up to seven would suit him.

“The Futurity might come a bit soon for him but he has options in the likes of the Champagne at Doncaster or Leopardstown for the Champion Juvenile.

“He’s a lovely colt going forward and Saxon Warrior’s are starting to come into their own now. He’s getting plenty of winners and they are straight forward horses with a good mind.”