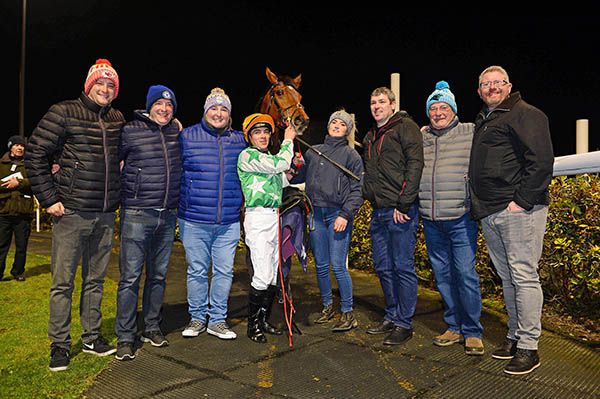 Wayne Lordan registered his second winner of the new Winter Series at Dundalk but, more importantly, his third this month as the Breeders Cup winner partnered the John McConnell trained Rockview Roman to win the Irishinjuredjockeys.com Handicap (Div 1) at the Co Louth venue today.

Lordan also steered Rockview Roman to win over course and distance last month and following today's race commented “he did it well and he's a grand straight-forward horse.

“He jumps good, he settles and he picks up when you ask him. John was happy with him and said he felt in good form at home.

“He likes the surface here. If he can get another few I think the lads (Let's Get Lucky Racing Club) will be fairly happy as they are enjoying it.”