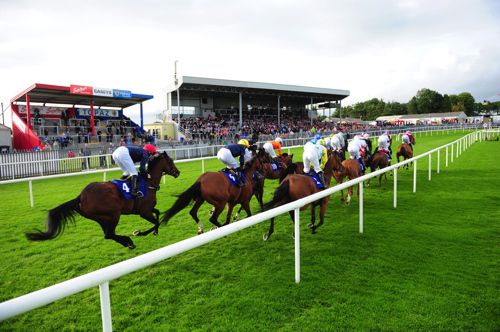 Helvic Dream is a major player for Noel Meade and Chris Hayes in the feature Foran Equine Irish EBF Auction Race at Roscommon.

The gelded son of Power ran on into third at the Galway Festival behind Raven’s Cry, and receives weight on Monday evening from previous winners Law Breaker and Silence Please. Sherpa can take the opening Irish Stallion Farms EBF Maiden for Aidan and Donnacha O’Brien.

Unplaced when favourite at the Curragh last time, the juvenile had previously caught the eye on debut at the same track behind exciting stablemate Iberia - and can foil Dermot Weld's Galway third Gatwick Kitten

A course winner last season, he can gain reward for some consistent placed efforts in recent weeks.

Joe Murphy has his string in very good shape - and in the Murray Ambulance Maiden, his filly Angel’s Amy may have her turn after three runner-up finishes at Gowran Park. Youceeyouceecee bids for a hat-trick of wins in the Eurona Brisknet Apprentice Handicap, and Susan Finn’s gelding will be primed for the task after a good run at Tipperary this month. Greenpanda makes a quick reappearance, having been runner-up at Tramore on Saturday evening, and she can collect the Sean Cleary Memorial Handicap for Gavin Cromwell and Ben Coen.