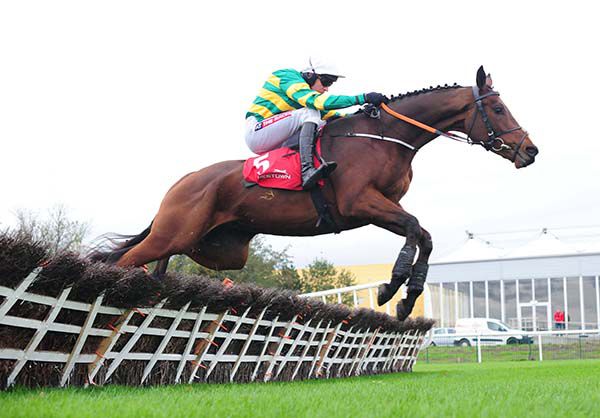 Espoir D’Allen, winner of this year’s Unibet Champion Hurdle, has been put down following an accident at Gavin Cromwell’s stables earlier this month.

The five-year-old took a fall when returning to the yard in County Meath from the gallops and was being treated in Fethard Equine Hospital.

In a statement on Friday, Cromwell said: “It is with great sadness that we have to announce that Espoir D’Allen had to be put down earlier today.

“Following a freak accident two weeks ago, he was relocated to Fethard Equine Hospital. John Halley and his veterinary team deemed that it was inhumane to persist with treatment and, on their advice, we made the tough decision.”

Frank Berry, racing manager to owner JP McManus, said: “He was only five and he’d had two fantastic seasons and it’s very tough for Gavin and everyone concerned with the horse. He gave us some great days.”

A surprise 16-1 winner of the Cheltenham showpiece in March, when he was 15 lengths too good for Melon in the hands of Mark Walsh, Espoir D'Allen won eight of his nine starts over hurdle.