Samcro bounces back at Killarney 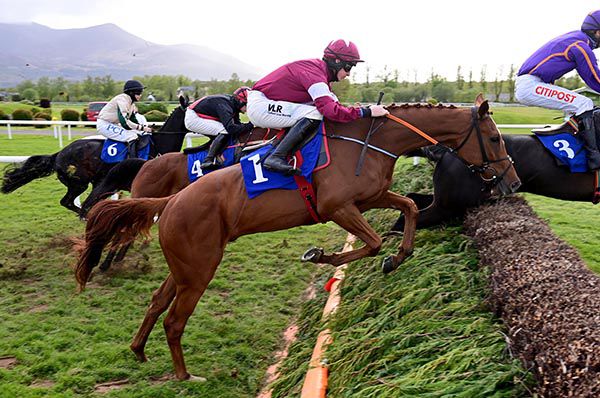 Easy to back at 6/1, Samcro battled well to win the Grade 3 An Riocht Chase by a neck from the front-running Cilaos Emery (3/1).

The latter jumped well on the whole until a slight stumble after the last gave a chance to Gigginstown’s Samcro, who had never been far from the pace.

The 9-year-old by Germany, pulled up in his previous two outings, knuckled down well to lead close home, denying Willie Mullins victory in a race in which he had four of the seven runners.

One of those was the 11/4 favourite Unexcepted who made early mistakes and was pulled up, as was stable companion Easy Game

It was a tenth career win for Samcro, in the care of Denise Foster at the moment.

Regular partner Jack Kennedy was on board and said: "He battled very well, was very tough and we haven't seen that since he won the Marsh Chase in Cheltenham (March 2020). It is great to see it.

"He came off the bridle early in the straight but he stuck at it very well.

"The ground is nearly yielding on the chase course and I think better ground could suit him better again.

"I think he could have a nice summer campaign on good ground - that's the ground he wants. He beat a good horse today and it is great to see him back.

"The Galway Plate could be an option but we'll take it from here and see how we get on."