Sassy Yet Classy bids to follow up at Clonmel 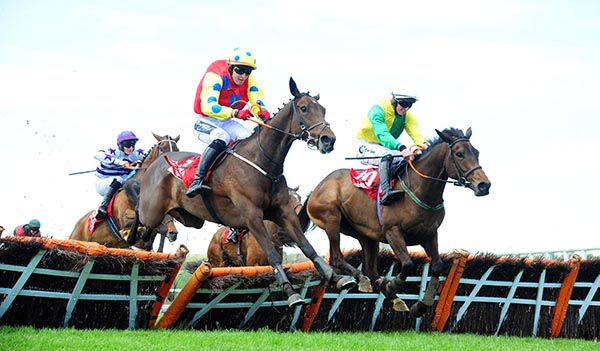 Sassy Yet Classy looks the one to beat in the feature Clonmel Racecourse Supporters Club Guest Evening Rated Novice Hurdle.

Successful in a bumper at Listowel in September, Sassy Yet Classy was then highly-tried in Listed company on her return to action at Fairyhouse over Easter.

She has since made a winning start to her hurdling career at Cork, though, and she can be expected to follow up at Clonmel on Thursday — with Davy Russell in the saddle.

Rachael Blackmore will be aboard the latter — and she also takes the ride on Ourauldman again for De Bromhead, in the Sliabh Na mBan Handicap Hurdle.

This son of Court Cave has been disappointing since finishing fourth on his debut at Killarney last summer — but he is tried in a tongue-strap on what will be his first start in handicap company. Castlehume is another racing in a first time tongue-strap, and he lines up in the Clonmel Handicap Hurdle.

A dual winner for Noel Meade, the seven-year-old gelding starts off for Stephen Mahon — and it will be interesting to see how he fares on his first outing since September. Mutadaffeq who won at Cork on Saturday, is the eye-catching name in this extended two-mile-three-furlong contest, and the Gavin Cromwell-trained gelding is likely to prove popular with punters.

Keith Watson trains British Art in the eight-strong field, and he is later represented by Sharp As A Pin in the Team Powerstown Handicap Hurdle.

This 80 to 109-rated heat looks a competitive affair — with Skeaping Oromo Breesy Mountain and Dasmyhoss a few for the short-list. Touch Of Oscar has been knocking on the door of late, and appears the one to beat in the Clonacody Maiden Hurdle — while Dualla Time should give a good account of herself in the opening Ancient East Mares Maiden Hurdle.

Bigandbeautiful, who filled the runner-up spot in a Grade Two contest at the Dublin Racing Festival in February, can be expected to get off the mark in the concluding Friday June 7th BBQ At Clonmel Races Mares Flat Race.