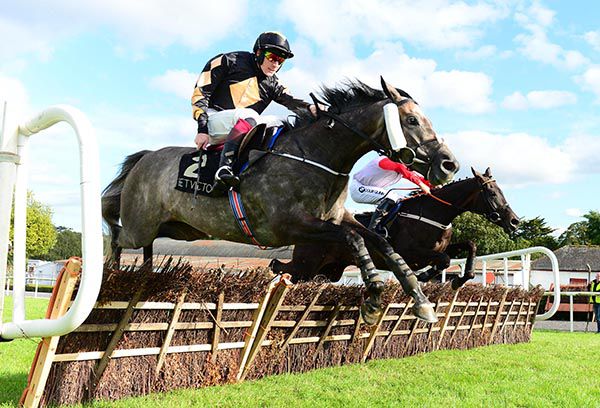 Shadow Seven defied a market drift to supply Joseph O’Brien’s powerful dual-purpose yard with yet another winner in the BetVictor Bet 5 Euro Get 40 Offer Maiden Hurdle at Clonmel.

The five-year-old gelding won twice on the all-weather at Dundalk last winter for the Piltown stable, and made a promising debut over hurdles at Tramore last month.

However he was friendless on track drifting out from 13/8 to 5/2 joint favourite as Mooltazem who was in rear when refusing at halfway, attracted some support into 5/2.

Shane Shortall sent Shadow Seven to the front on the downhill approaching to the straight, although Nameloc threw down a challenge before the last.

Shadow Seven found plenty for pressure on the run-in in this two-mile event and eventually scored by two and a quarter lengths. Rippon Lodge was a further five and a half lengths back in third.

O'Brien's assistant Brendan Powell said, "He was in front way too soon but Shane has done the right thing on him because all he does is stay. You could see when the other horses got to him he would pick up again.

"He'll stay 2m4f very well and he wants more ease in the ground but it was a good opportunity to go and win his maiden."