Shanklys Dawn makes it two in two days for Rothwell 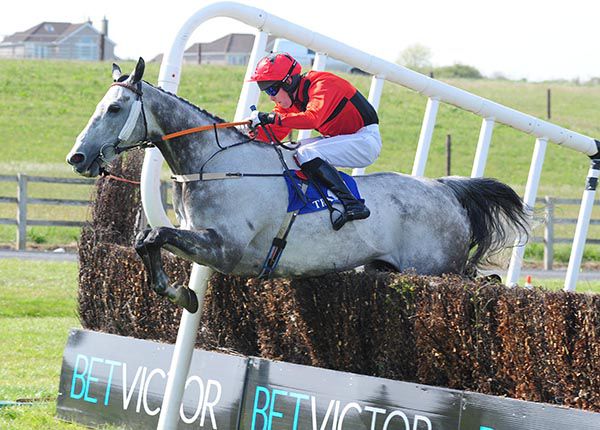 Shanklys Dawn made most under Adam Short to spring a 12/1 surprise in the extended two mile six handicap chase at Tramore.

She was pushed along by Adam Short to get her head in front at the second of 17 fences and dictated throughout after that. Thats Mypresenting tried hard to get on terms approaching two out and was ridden in second coming to the last.

A good jump from Shanklys Dawn enabled her to fend off Thats Mypresenting by three parts of a length.

The winner didn't go unbacked as she was available at 25/1 in the morning. Runner-up Thats Mypresenting was a 7/2 chance.

Trainer Philip Rothwell said: "It's great to get a few winners again. The horses have been running well all year but we probably just don't have the standard of horses that we can really compete with. On top of that we were getting a lot of seconds. I minded a few of the winter horses because the ground has been so good all year.

"The handicapper has been good to this one. She is back to the mark which she won off last year. I thought she was very unlucky in Wexford the last day after she made a mistake.

"The mare won well last night and Adam gave this one a great ride this evening. It's lovely to get a few winners. We will be quiet enough for the summer but we have some very nice horses for the winter if I can manage to keep going to get there!"

Rothwell had a winner last night in Killarney with Fiveaftermidnight.

The Stewards requested a report from P.J. Rothwell, trainer, as to the apparent improvement in form of Shanklys Dawn, placed first, as compared with its recent form. P.J. Rothwell stated that his charge made a bad mistake although jumping well and pulled up on her previous run, and that she always shows solid form if jumping well in front as she did today. Having considered the evidence the Stewards noted the explanation offered.