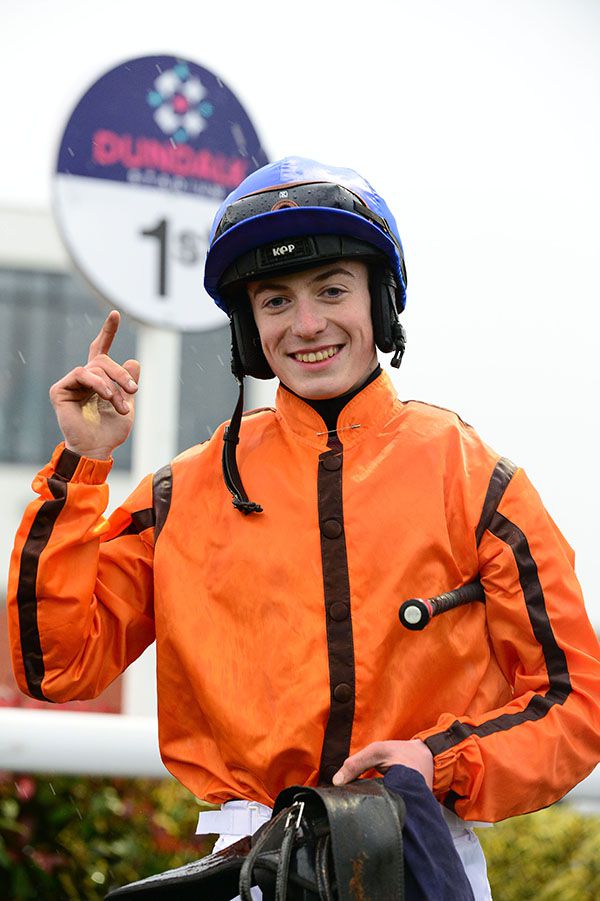 Seventeen-year-old Joey Sheridan registered his first track success, as he partnered Eastern Racer to victory in the irishinjuredjockeys.com Claiming Race.

A six time winner in the UK for Brian Ellison, the son of Bushranger was bought by current owner James McAuley for just 800 pounds at Goffs UK Autumn Horses In Training and Yearling Sale last October.

After finishing out of the frame on his first four starts in Ireland, the bay gelding was allowed to go off an 9/1 chance this evening.

Having raced mainly in mid-division, the seven-year-old was pushed along from the two furlong pole, and was soon ridden to challenge on the inner.

He edged to the front inside the final 100 yards, and kept on well from there to beat the 4/6 favourite Kasbah by a length and a half.

"That was great and I can't believe it to be honest," said Sheridan who is from Hollyford in Co Tipperary.

"I actually didn't think he'd get the mile and Denis (winning trainer Denis Hogan) said to hold him up as a long as I could. That's what I did and thankfully it worked out.

"I've just rode him out a couple of times.

"I'd said I'd track Colin Keane (on Kasbah) as his horse is fairly similar to mine as there was a question mark whether he'd get the mile. Thankfully my lad did.

"I'm based with Denis since the end of January. I did four years in pony racing and had great experience doing that. I also spent three years in Ballydoyle before going to Denis and got great experience there. You learn loads there with the lads you are riding out with.

"Hopefully I can just get as many rides and as much experience as I can, I'd be delighted with that. I can claim 10lb off 8-12."