Spruce Meadows back to winning ways 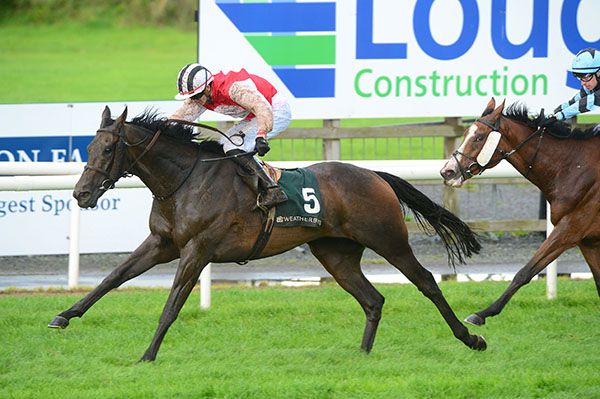 Spruce Meadows won his first race in over two years when running out the well-backed victor of the Weatherbys General Studbook Handicap at Down Royal.

A good servant to owner Ann Cassidy and trainer John Feane, this was a sixth success all told for the Intikhab gelding.

Ben Coen triumphed on his first attempt aboard the six-year-old, the 7/2 market-leader getting the upper hand on other fancied runners, Severus Alexander (9/2) and Mallacoota (9/2).

Two lengths and the same split them.

"A little bit of soft ground helped him because he is getting a little bit older," said Feane.

"He was entitled to win down in that grade. He ran well in Leopardstown.

"We'll see what the handicapper does."

S. Foley, rider of Mallacoota, trained by Mrs John Harrington, reported to the Stewards' Secretaries that his mount leaned right the whole way.