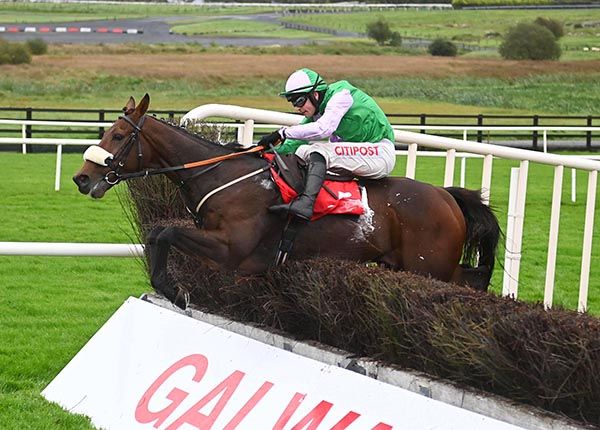 Hallowed Star bagged another win around Ballybrit when getting off the mark over fences in style at Galway this afternoon.

The 'Shark' Hanlon-trained gelding had won twice over hurdles at the venue, most recently when landing a valuable handicap at the festival this summer.

Having been runner-up on his chase debut at the course last month the Sea The Stars gelding went to post 7/4 favourite to go one better this afternoon.

Hanlon said:- “His jumping came together today. The last day he overreached one early on. He did the same today but Danny said he was back into stride straight away.

“He loves Galway and the owners love Galway as well. He hasn’t been that busy so there are probably a few novice races there for him and we’ll probably keep him going until Christmas.

“The Galway Plate trip would be ideal for him. He wants further than today.”