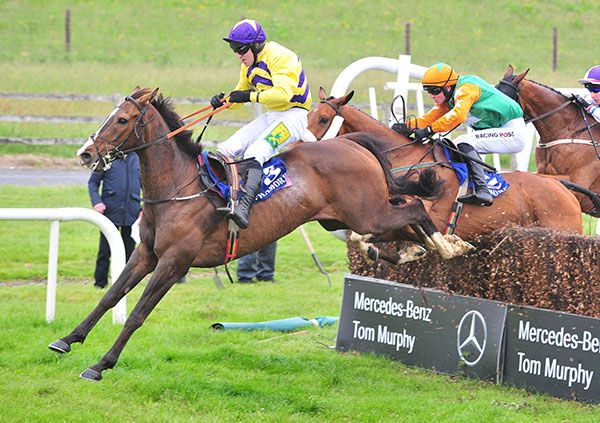 Canadian Steel was produced with a perfectly timed run by Jody McGarvey to land the handicap chase on the card at Tramore.

Noel Kelly's gelding, an impressive winner at Downpatrick a week ago, was easy to back here, going off 9/2 having been 2/1 in the morning.

He was held up in the early stages of the two-mile-five contest before taking closer order heading to the second last fence.

McGarvey asked his mount to challenge going to the final fence and he landed over it with a narrow advantage.

The Craigsteel gelding ran on well in the closing stages to score by three-and-a-quarter lengths as Star Of Oscar stayed on into second.

Chris Fallon, representing Noel Kelly, said: "He might go to England now for another handicap chase.

“He is improving all the time and has been working well at home. Coming here today we were very confident. He was brilliant after Downpatrick and ate up well."

Jody McGarvey added: "He jumped and travelled super, got himself into the race and went away and done it well."