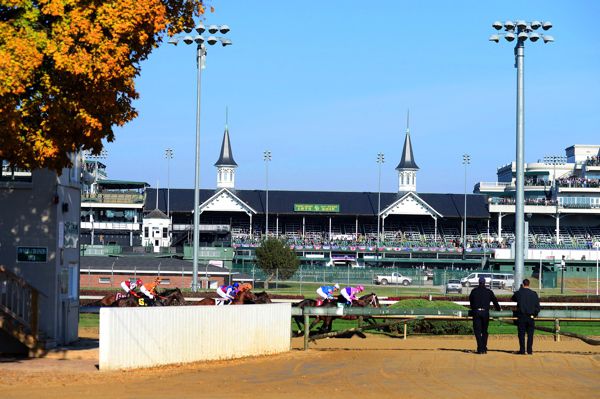 Country House became the first horse to win the Kentucky Derby in the stewards’ room after Maximum Security was disqualified following a lengthy inquiry in a controversial 145th renewal of the Churchill Downs showpiece.

First past the post Maximum Security had made most of the running but caused interference on the home turn which resulted in the well-backed 9-2 shot, trained by Jason Servis and ridden by Luis Saez, being kicked out.

War Of Will appeared to be the main sufferer as Maximum Security veered from the rail to the centre of the course before getting back on an even keel.

Runner-up Country House (65-1) was awarded the race to become the second biggest priced winner of the first leg of the American Triple Crown.

Code Of Honor was promoted to second place and Tacitus, the winner’s stablemate, moving up to third.

It was a first triumph in the Churchill Downs showpiece for trainer Bill Mott and jockey Flavian Prat.

“It feels pretty darn good. It was an odd way to do it,” Mott told NBC Sports.

“It’s a bitter sweet victory but I have to say our horse ran very well, our jockey rode very well.

“I’m thrilled to death for all the connections and I think they are very deserving. We’ll just have to prove ourselves in the future.”

“No-one can describe that. It’s amazing.

“I lost my momentum round the turn. I thought I was going to win and it kind of cost me.

“It probably feels different this way but I’ve never won the Derby before.”