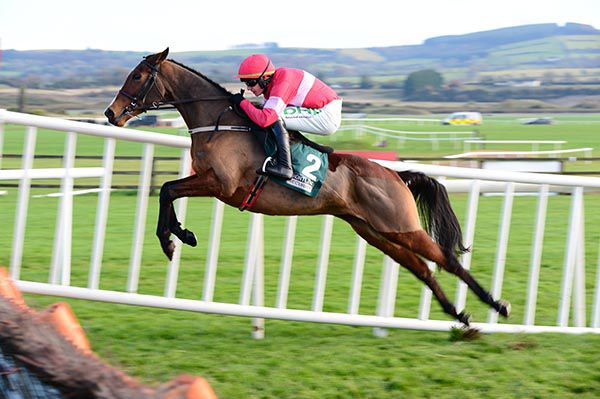 The betting was all one-way traffic in the Frontline Security Grabel (Mares) Hurdle as Stormy Ireland (4/9 into 1/3 fav on course) was strongly supported to repeat last year’s win in the corresponding event.

Those who played at short odds had few worries, although she was inclined to jump big at a few of her hurdles.

Very well-in at the weights for this Listed contest, she made the running in customary fashion, asserting on the run to the last for Paul Townend as her Cheltenham Festival-winning stablemate Eglantine Du Seuil could find no more.

That one was caught for second on the run-in by Black Tears (7/1), with the winning margins being four lengths and three quarters of a length.

It was a fourth win over hurdles for the five-year-old daughter of Motivator.

“She did it well and the conditions of the race suited her, said winning trainer Willie Mullins.

"She jumped very big because she had been schooling over fences.

“She jumps well over fences as even though she is not a big mare she has great scope. We’ll have a chat with connections and see if we go down that route.

“A lot of my jockeys at home want to go chasing with her because she’s such a good jumper but the owner also has Laurina going over fences and maybe one mare might be enough for him to go chasing so that’s in the balance for the moment.

“Eglantine Du Seuil badly needed the race. She ran very well but just blew up. She will stay hurdling.

“Faugheen is a bit stiff this morning. I think he’s fine but any horse that hits a fence hard is going to be a bit sore. I expect him to be alright in a couple of days.”

Betfair go 16/1 (from 25/1) about Stormy Ireland for the Mares’ Hurdle at Cheltenham, a race in which she finished second to Roksana last season.