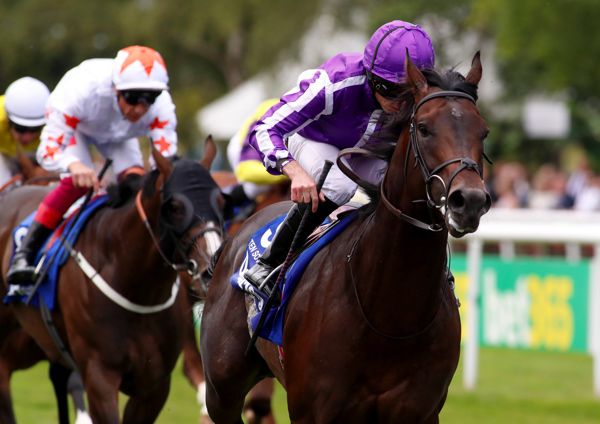 Ten Sovereigns could sidestep Saturday’s Sprint Cup at Haydock on account of the rain-softened ground.

After being a beaten favourite in both the 2000 Guineas at Newmarket and the Commonwealth Cup at Royal Ascot, Aidan O’Brien’s colt belatedly delivered on his juvenile promise with a dominant display in the July Cup at Newmarket on his penultimate start.

The No Nay Never colt could finish only sixth when a hot favourite to follow up in the Nunthorpe at York last month, but looked set to return to six furlongs in this weekend’s Group One feature on Merseyside.

However, speaking at a press event at his yard on Wednesday morning, O’Brien said: “I would say we wouldn’t run on soft ground. There is rain forecast and that is not good.

“He is a real fast ground daisy cutter. If he doesn’t run, Fairyland might run instead. That’s what we are thinking at the moment.”

Reflecting on his below-par performance behind the brilliant Battaash in the Nunthorpe, the trainer added: “He was in the stalls a long time, it was very warm and Ryan (Moore) said he felt lethargic when the stalls opened. If you are lethargic when you are running against Battaash you suffer.

“It just happened so quick. He didn’t hardly blow after the race. Five furlongs, as you know, is an art. You can have all the pace and ability in the world but it is an art of hitting those gates and you have to have quick feet.”

O’Brien went on to reveal Ten Sovereigns could bring down the curtain on his racing career in Australia later in the year.

“The Everest is in Sydney and I think two thirds of the time the ground has been soft there. If it is soft he won’t run there, but he could go down to Melbourne, where he might get better ground,” said the Ballydoyle handler.

“There are a couple of sprints down in Melbourne. I wouldn’t think he will stay in training next year.”