The Game Of Life surges in after power failure 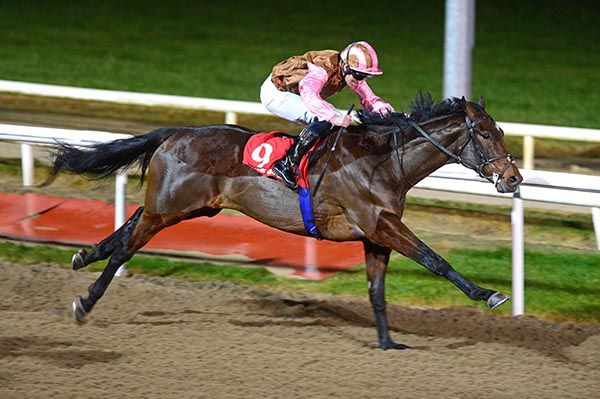 The Game Of Life wins on debut
© Photo Healy Racing

The Crowne Plaza Race & Stay Maiden was subject to a 25-minute delay after floodlight failure but when power was restored newcomer The Game Of Life stormed home on debut for Joseph O'Brien.

He was second-last turning for home and was soon pushed along. The son of Oasis Dream was switched inside and ridden a furlong and a half out and made eye-catching headway to close at the furlong pole.

He really hit his stride to pick off the leaders inside the final 150 yards and galloped on strongly to prevail by two and three quarter lengths at 7/1.

Seamie Heffernan said: “He’s very well bred. Joseph said he thought he was a nice horse and he hadn’t overfaced him. He felt he’d improve from the run.

“I gave him a chance early on and he ran home strong. He’s very straightforward and the right man has him.”

May Peace Prevail got up for second at 7/1 by a short head from Lappet at 8/1.