Tombstone gets it done at odds-on 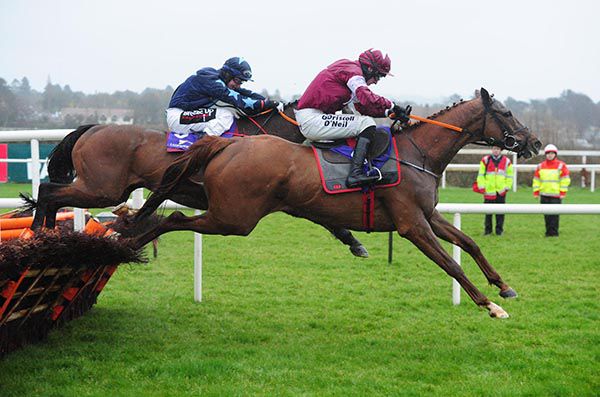 "He probably made it look a bit harder than it was but he done it well in the end," said Jack Kennedy after winning the Foxrock Cup Hurdle at Leopardstown on Tombstone (9/10).

The hurdling of the Robin Des Champs gelding wasn't without its flaw, including at the last, but he asserted in the closing stages to beat front-runner Three Stars by two and a quarter lengths.

"It’s a nice race to pick up and he’s picked up plenty of prize-money over the years. It’s nice for him to show a glimpse of his old self," further reflected Kennedy on the Gigginstown House Stud-owned victor.

He added: “The ground is probably still only good to yielding but it will be a lot easier here tomorrow if this rain keeps up.”