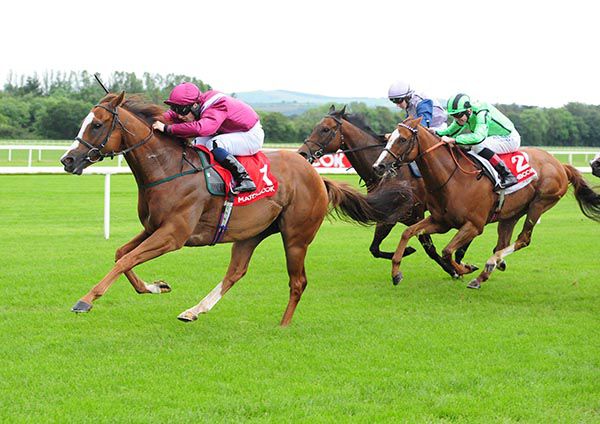 El Astronaute is among the entries
© Photo Healy Racing

Battaash, Soldier's Call and Mabs Cross are all in the mix for the Derrinstown Stud Flying Five Stakes at the Curragh.

Second, third and fourth respectively behind the now-retired Blue Point in the King’s Stand at Royal Ascot, they set a high standard.

Also in contention for the Group 1 on September 15th is John Quinn's El Astronaute, who produced a career-best last week when winning the Rockingham Handicap at the Irish Derby meeting off top weight.

"It was a phenomenal performance — he’s unbelievable," said Quinn.

"Next stop will be the Sapphire Stakes (Group Two) at the Curragh on July 20th.

"Travelling doesn’t bother him in the slightest - he may be six, but that was the best run of his life.

"So it will the Sapphire, (then) he’s in the King George at Goodwood, the Flying Five - and we’ve also put him in the Abbaye, so we've got all bases covered."

Aidan O'Brien has entered Ten Sovereigns, Fairyland and Sergei Prokofiev among others at the Curragh - with Eddie Lynam's Soffia in the mix.

Invincible Army, Hit The Bid, Hello Youmzain and Martyn Meade’s new recruit Houtzen are others who have been given the option among 40 entries.