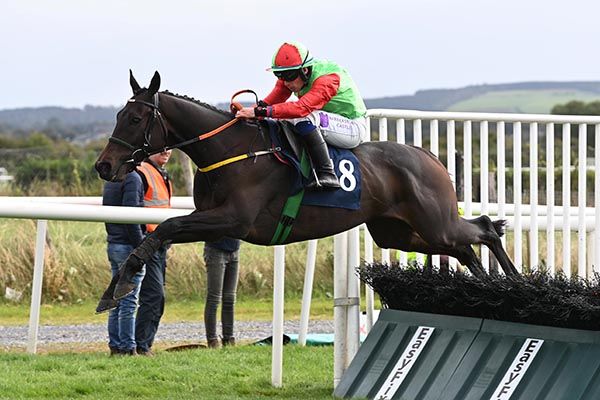 The 7/1 chance was about a length down on the front-running favourite Ages Of Man when that rival fell at the penultimate flight.

The Awtaad gelding, placed a number of times on the Flat and making his debut over hurdles, took full advantage keeping on well on the run-in to beat Solitary Man by four and three-quarter lengths with Up And Out a further nine and a half lengths back in third.

“I got left in front plenty early and probably would have liked to have got a lead a bit further. He’s done it nice in the end.

“He’d some good form on the Flat and jumped well. Obviously coming out of Noel’s he would be well schooled.”